THE leader of new political party Podemos is suing a PP official for associating him with Basque terrorist group ETA.

Agurrie said last week that Iglesias is ‘on the side of Castrism, Chavism and ETA’.

The comments were based on reports that a foundation that has connections to Podemos had accepted €3.7 million from Hugo Chaves.

Iglesias is also suing newspaper El Mundo, which reported that he was a trusted contact for Herrira, a support group for ETA convicts.

Podemos received the fourth highest number of votes of any Spanish political forces at the European elections in May – even though it had only been registered as a party three months before. 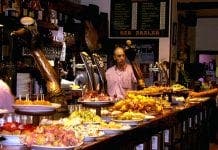