SPAIN’S jet-setting royals continue their international tour, making their third stop in Africa on their first official visit to Morocco.

After visiting the Vatican and Portugal in previous weeks, Felipe VI and Queen Letizia were received at the Rabat airport by Moroccan King Mohammed VI and his wife Lalla Salma.

The visit will include a ceremonial reception at the royal palace before the two kings jointly inaugurate a new tourism training centre.

Meanwhile, the always fashionable Letizia will be occupying herself with more serious work as she plans to visit a cancer research centre.

Considering the new €150 million co-operation accord just signed between the two nations, it will be important for the royals to make a good impression. 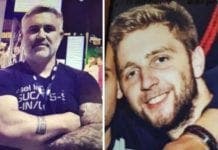