IT’S that time of year again when everyone is heading to the beach.

Whether you’re a beach bookworm, a poolside peruser or just like to while away the afternoon in a shady cafe, the Olive Press’ top 10 summer reads will offer some inspiration.

Despite a diverse mix of cultures, characters and eras, all our favourites are united by their Spanish subject matter.

Andalucia has inspired a huge number of British and American authors over the years, and whether your heading to Mallorca, Barcelona or just up the road in Tarifa or Almeria a bit of Spanish lit would be a perfect travelling companion.

In no particular order here are our favourite 10 of the moment.

From the Pulitzer Prize-winning author, six very different young people find themselves drawn to Torremolinos in the 60s, when the town was in its heyday

Fourth (and most recent) in a series, starting with Driving Over Lemons, chronicling rural life in the Alpujarras mountains, south of Granada

Real-life tale of a master cheesemaker and love, friendship and betrayal set in Seville

Fourth in a series of detective stories set in Valencia. Set in recession-hit Spain

Special collection of Lee’s books ‘Cider with Rosie’, ‘As I walked out one midsummer morning’, and ‘A moment of war’

Written more than 400 years ago, still Spain’s must-read classic, even if bound to baffle a few people.

Charts a seven-year stay in an Alpujarran village, with some members of the Bloomsbury group

The Basque History of the World – Mark Kurlansky

A good place to start for Basque Country beginners

The Queen of the South – Arturo Perez-Reverte

A rip-roaring page turner about drug cartels and trafficking in southern Spain, Mexico and Morocco 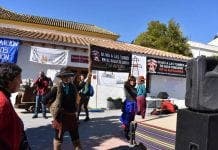 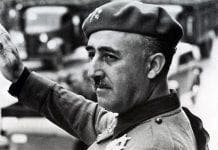 DIVIDED: Experts and locals on digging up dictator Franco from the Valley of the Fallen in special Olive Press report from Madrid