A CASTLE hidden from the public for more than a century has finally opened to visitors.

Estepona’s 16th century Castillo de San Luis – one of the town’s most important monuments – has had major landscaping works and a new walkway connects the castle with Plaza Canada.

During the renovations, archaeological remains and ceramics were unearthed, clear remnants of Estepona’s Arabic and Roman past.

Mayor Jose Maria Garcia Urbano stressed the importance of restoring the iconic monument for encouraging visitors to the town, especially in winter months.

The castle was built under Catholic rule in the 1500s to replace the old Moorish fortification in the area – previously known by the Arabic name Estebbuna. 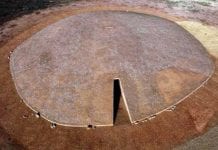