SPAIN’S university graduates are not a ‘class act’. They scored the lowest marks in a global study of basic literacy and numeracy skills – below the best-performing high school students.

The study – carried out by the Organisation for Economic Cooperation and Development (OECD) – placed Spain and Italy joint bottom in the rankings, with just 12% of graduates reaching a ‘high level’ of literacy and numeracy.

This is compared to an average of 24% across the 22 countries analysed in the annual education report for the world’s richer nations.

Spanish graduates are also, on average, less skilled than high school leavers in the highest-performing nations, Japan and the Netherlands.

In the Netherlands, 14% of high school leavers reached the ‘high level’, while 13% reached the same level in Japan.

According to the OECD, the results ‘fit’ with high unemployment levels in the southern European countries.

Andreas Schleicher, the OECD’s Director of Education and Skills, said: “This is important. When you look at employment data, you might ask why so many graduates in Spain and Italy are unemployed. But when you look at the skills, it fits. They are actually not particularly highly skilled.”

However Professor Massimo Egidi, an economist from the LUISS Guido Carli university in Rome, dismissed the link between the results and high youth unemployment.

“The problem is something else entirely. The problem is a mismatch between demand and supply. It is not the quality of the supply, but the mismatch,” he said.

The results come as little surprise, as both Spain and Italy also came bottom in last year’s OECD rankings. 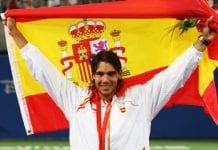 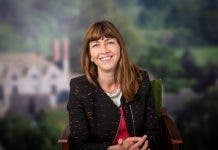