THE Spanish government is studying a plan that would save it from assuming the cost of bailing out underwater gas-storage facility Castor, after it was abandoned following a series of minor earthquakes off the coast of Castellon.

Owned by Real Madrid president Florentino Perez, Castor is asking for €1.4 billion in compensation after the government ordered works to come to an end.

The government are keen to ensure that the debt does not count against the country’s already massive public deficit.

The facility was meant to store 30% of Spain’s daily gas consumption and was the first in Europe to issue project bonds, of which €1.4 billion remains outstanding. 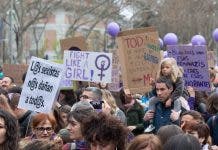 Cristina Hodgson - 5 Mar, 2021 @ 09:15
66 MUNICIPALITIES in Malaga move to Alert Level 2 at midnight tonight. Following a meeting by the territorial committee...