UNDER certain circumstances, the sight of my Dave stripped to his Calvin Kleins can be quite distracting. But not on the hottest day of the year, while shovelling cat litter. And all because of a bird.

It’s a mad menagerie in our house – three ‘family’ cats, one that just visits (the ‘front door cat’), the occasional passing gecko and, since two sweltering weeks ago, a new addition.

A thrush with a broken wing. Probably broken by one of our cats.

“Which one of you’s guilty?” we demand, lining them up in firing squad formation. “Moi?” they mew in innocent denial. “Purr-lease”.

The bird is grounded in our walled patio garden. Prowled by three felines, it’s a lion’s den to a thrush that can’t fly so we decide to call him Daniel. Though he could be a girl. How do you tell, with birds?

What to do with him? The vet says ring the dog pound; the dog pound – full with dogs (and cats) – says ring Seprona (the Guardia Civil’s Nature Protection Service); the Seprona officer says: “Madam, thrushes are not a protected species …”

He doesn’t add ‘you stupid woman’ although his tone implies it.

Safer to let nature takes its course, I think, remembering a trauma from childhood when Dad rescued a wounded great tit one winter, placing it tenderly in a shoe box on top of the Potterton Boiler to keep warm. Overnight the boiler flared up to max and by morning it was roast great tit.

We decide to supplement Daniel’s diet, although I refuse to dig up worms. What else do thrushes eat?

So now our days are spent feeding Daniel while keeping the cats from tearing him to shreds. We lock them indoors at night (hence the daily litter shovelling – in our undies while the heatwave lasts). But a sad denouement seems inevitable.

“Oh my God, bring the cats in, Daniel’s in the middle of the patio again,” I cry, at regular intervals during the day. The daft bird won’t stay hidden in the bushes.

The cats have been dying to get their teeth into one since we moved to Los Barrios, overlooking the Gibraltar Strait, the Clapham Junction of the bird world. The sight of wheeling storks and hovering vultures sends them into a salivating frenzy and sharing our vac-packed Mercadona chicken isn’t the same. They seek the thrill of the chase.

Little Daniel has a thrush in hell’s chance. He’s got a shorter life expectancy than a chicken at Colonel Sanders’ Kentucky ranch. But what else for it but keep up this cat-and-thrush game until the bitter, feather-strewn end?

At least we have a suitable eulogy, thanks to Sir Elton John: ‘Daniel you’re a star … do you still feel the pain of the scars that won’t heal?’

You’ve got to admit, the lyrics of his 1973 hit are spot-on. They even mention flying and Spain … although, unless there’s a bird heaven, Daniel will never be airborne again.

But if the worst happens, and we look up at the sky one night and see red tail lights, maybe in Sir Elton’s prophetic words, it will be ‘Daniel, waving goodbye’. 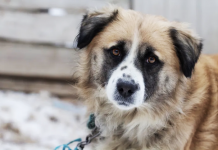