CONTRARY to popular belief, artificial sweeteners may not be good for your health.

Researchers say the sweeteners can disturb your body’s ability to manage blood sugar and cause metabolic changes – the same changes that precede diabetes.

Diet drinks may disrupt our gut microbes and ability to regulate blood sugar levels, leading to a higher risk of diabetes.

Recently, a group of scientists carried out a range of different experiments, mainly on mice, to test their claims that sweeteners alter the microbiome, the population of bacteria that resides in your digestive system.

After one week, there was little to no change in the mice that drank sugary water, but the mice that consumed artificial sweeteners formed a marked intolerance to glucose.

As most type 2 diabetes patients are aware, glucose intolerance, a condition in which the body is less capable of coping with high quantities of sugar, can lead to serious illnesses such as type 2 diabetes and metabolic syndrome.

The mix of microbes, the research discovered, changes glucose metabolism, causing levels to increase after eating and then fall more slowly than they usually would.
Professor Cathryn R. Naglet of the pathology department at the University of Chicago was not involved in the research but did write, accompanying commentary on the study, stating the findings were “very compelling.”

She added that several conditions, including diabetes and obesity, had been associated with alterations in the microbiome. What the research reveals, she said, “is we should step back and reassess our extensive use of artificial sweeteners.”

Eventually, the scientists recruited seven volunteers who commonly do not use artificial sweeteners as part of their diet and gave them the highest amount of saccharin recommended by the United States Food and Drug Administration. In four of the seven people, blood sugar levels were disrupted in exactly the same way as in the mice.

Professor of nutrition and epidemiology the Harvard School of Public Health, Doctor Frank Hu, who also did not take part in the research, said the findings were interesting but hardly conclusive. Given the low number of people who participated in the study, he thought the “validity of the human study is questionable.”

While Dr Elinav, the lead scientists performing the experiments, did partially agree that it’s too early for definitive conclusions, he has already begun to alter his own behaviour.

He noted: “I’ve extensively used sweeteners, thinking like many other people they are at least not harmful to me and perhaps even beneficial. Given the surprising results that we got in our study, I made a personal preference to stop using them.”

In the past, studies carried out on the health effects of zero calorie beverages and artificial sweeteners have produced conflicting findings. On the one hand, some conclude they could lead to weight loss, whereas others find evidence of the complete opposite, that people who consume diet soda gained weight.

The studies that find a correlation between diabetes and artificial sweeteners are not always credible because those who start using the products may already be obese and prone to developing the disease.

The on-going argument over whether diet drinks are good, bad, or just okay never seems to reach a conclusion. However, in recent years, the notion that artificial sweeteners may be harming diabetes patients has rapidly gained traction. For more information on diabetes and its effects please visit your health specialist or trusted sources online. 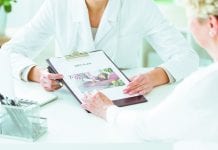 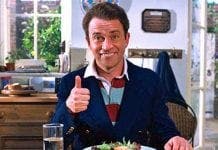 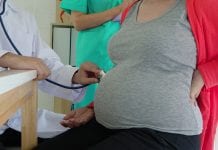