WHEN it comes to mixing spirituality with riotous excess, the Spanish have the recipe down to a fine art and the Halloween/All Saints Day celebrations are no exception. As you may notice yourself over the forthcoming holiday weekend, its one part religious fervour to two parts riotous fun!

Spain embraces the American festival of Halloween more whole-heartedly than many other countries of Europe, dressing up in elaborate costumes, trick-or-treating and throwing eggs at cars with gusto (or con much gusto as the locals say).

The October 31 celebration has become a major fixture on the Spanish calendar. Mums work for weeks in advance, creating fancy dress costumes designed to turn their little ones into ghosts, ghouls and zombies, and slave over hot stoves creating mouth-watering delicacies that give the festivities a distinctly Spanish flavour.

On November 1 – All Saints’ Day – the mood changes and a more sombre atmosphere prevails. Spanish friends and families traditionally visit cemeteries, light candles and lay flowers to honour the memory of lost loved ones. Afterwards, they throw another party but this time the focus is on food.

In fact, cuisine is the star of both these Red Letter Days. In Galicia, Halloween is known as the Noite dos Calacus (Night of the Pumpkins). The fruity gourds can be seen weighing down every vegetable stall you pass and almost every town and village throughout the country has its own recipes for pumpkin dishes.

Children sip pumpkin squash and munch pumpkin cake and pumpkin custard, while grown-ups plump for pumpkin soup and pumpkin pie. Also for adults only, a herb-infused alcoholic drink called queimada (Spanish for ‘fire water’) is set alight before being speedily downed to banish bad luck for the coming year.

On All Saints Day, the Spanish go nuts for the culinary celebration of La Castaneda, inspired by the legend of Maria la Castanera (the chestnut seller). The meal traditionally consists of roasted chestnuts served with sweet potatoes, often followed by small almond cakes called panellets. In Cádiz on that day, local market traders decorate their stalls and offer food and wine as part of the city’s tempting Tosantos fiesta.

Wherever you live in Spain, there’s a fiesta going on somewhere to mark the ‘high-day, holy-day’ weekend. Why not concoct your own celebration with three of our favourite Spanish recipes. 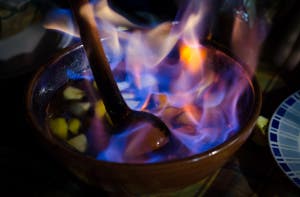 Place four tablespoons of orujo (or grappa) and one tablespoon of sugar into a small glass and let the sugar dissolve.
Meanwhile pour around one litre of orujo (or grappa) and two cups of granulated sugar into a large mixing bowl.
Add the peel of one lemon and a quarter of a cup of coffee beans and stir.
Pour the orujo and sugar mix into a ladle and set on fire. Move the ladle to the mixing bowl until the contents catch fire, stirring until the flames turn blue.
Put a lid over bowl to douse the flames and serve while hot. 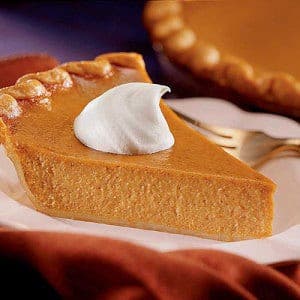 Pumpkin pie
Traditional Halloween dish that can be served as a savoury or sweet course.

Place one piece of pie dough into a pan and crimp the edges. Place in the freezer for one hour to set, then bake for 10 minutes.
For the filling, mix cream cheese, blended pumpkin, sugar, salt and eggs in a large bowl.
Once mixed, add vanilla, cinnamon and ginger and give another light mix before pouring the filling into the pie crust.Bake for a further 50 minutes and serve with whipped cream for dessert, or with potatoes for a main course. 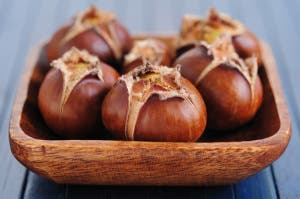 Roast chestnuts on an open fire for 10-15 minutes if available – if not, source roasted chestnuts from your local chestnut seller (they are prolific at this time of year).
Chop one sweet potato per person into cubes, cover in salt and pepper and place in the oven for 35 minutes until slightly crispy.
Serve with green vegetables.

El Alamin: The abandoned town outside Madrid that attracts ghost hunters in search of paranormal activity

Halloween: These are the ten most haunted houses in Spain

Andalucia’s creepiest places to give yourself a fright this Halloween