A GRIFFON vulture spent days in ‘tremendous pain’ before dying, after colliding with an electric power line in a national park.

After the collision, the paralysed bird was unable to feed before being found and brought to the Dunas de San Anton recovery centre, in Cadiz.

It had to be put down as its fracture was severe and had become infected with worms.

The collision happened on the road that joins Benalup in Cadiz province with the A-381, in the protected area of Los Alcornocales National Park.

According to the Serrania de Ronda Silvema Association, such incidents are common in the area.

Conservationists insist that crashes could be avoided by installing orange-coloured ‘diverter’ spirals to make power lines more visible to birds. 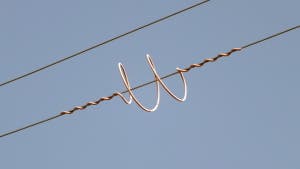 Spain refuses to ban fossil fuel cars by 2035 at COP26

Madrid’s firefighters go green to reduce pollution in the city