SPAIN has a new health minister, following the resignation of former minister Ana Mato amid a ‘kickback’ corruption scandal.

Alonso, 47, is the former Mayor of the city of Vitoria and currently speaks for the PP as party spokesperson in congress.

Ex-minister Mato resigned on November 25, amid accusations of gaining benefits from the Gurtel organisation, which was involved in a corruption scandal.

Rajoy added that he wants his ministers to develop stronger public profiles and the appear more regularly in the press in the lead up to the November 2015 general election. 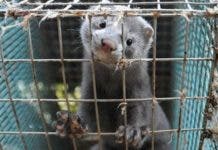 BREAKING: Number of coronavirus related deaths in Spain rises for second consecutive day, but stays below 100 for fourth day in a row