TURTLES are being wiped out by decompression sickness, caused by commercial fishing practices.

Spanish scientists have discovered the illness – known as ‘the bends’ – for the first time in loggerhead turtles.

The discovery could mean that commercial fishing is causing the deaths of many more turtles than previously thought.

The bends is caused by the formation of nitrogen bubbles in the blood and tissue following a sudden drop in pressure.

This happens when a turtle – caught in a fishing net – is quickly pulled to the surface.

When it arrives at the surface, the turtles appears to be healthy – as the sickness takes time to develop – and it is released back into the sea.

After a matter of hours, however, the sickness kicks in and causes the turtle’s death.

Two turtles with the bends were treated with human recompression protocols in Valencia, and were subsequently released back into the Mediterranean. 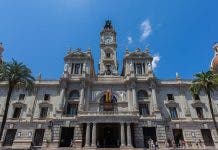