The organizer, believed to be Italian, faces a fine between €30,000 and €90,000 as the rave lacked permission or a licence, with no safety or security measures having been set up.

Disobedience charges may also come into play after the party held at the Benageber aerodrome failed to be dismantled when requests were first made on Friday.

Those responsible shut down the rave at midday on Monday ‘after being contacted for the umpteenth time’ although two checkpoints and 64 officers were active until then.

A majority of attendees were foreigners but following media coverage of ongoing revelries, more Spaniards joined the party after parking some way off and walking to avoid police checks. 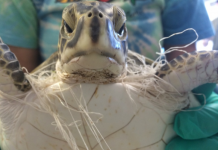