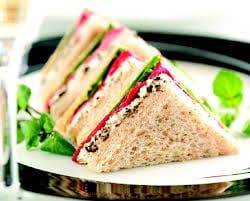 OUTLAWED taxi service Uber is branching out into the world of online food delivery in Spain.

In its first foray into meal deliveries outside the United States, the €35 billion company is set to launch UberEATS in Barcelona.

Uber is currently banned from operating its taxi service in Spain, as well as South Korea, India and France.

It is fighting legal claims against alleged violations of terms, including the use of unlicensed drivers, while there have been accusations that drivers have sexually assaulted female passengers in India.

But the food delivery service is subject to fewer regulations than the taxi service.

Uber will partner with a number of local restaurants in the city, and customers will be able to use the app to select from a menu of choices – all of which will be delivered in under 10 minutes.

Although the company has an established network of users in Barcelona for the taxi app, it will face fierce competition for established take-away apps such as Just Eat.

Barcelona will host the Mobile World Congress in two weeks – one of the world’s largest mobile conferences – that is predicted to draw more than 30,000 attendees to the city.