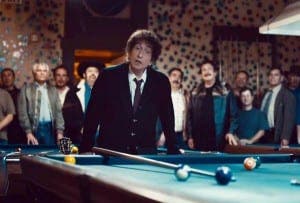 SPAIN may not have emerged from ‘la crisis’ yet, but, in prime areas of the Costa del Sol, property is selling faster than it has for years and buyers simply have a lot less choice than they did just 12 months ago.

A colleague who has been in the real-estate game in Marbella for 30 years remarked the other day that he had never seen, even at the height of the boom, so many estate agents on the Golden Mile. Whether they will all still be there come the end of 2015 remains to be seen, but, for now, business is, excuse the pun, booming.

Clients may remain cautious, but for those of us on the front line, there’s good reason to believe things have already turned around. Whole developments of luxury apartments have been sold off-plan, such as Taylor Wimpey’s Horizon Beach in Estepona. There, 36 two- and three-bed beachfront units, with prices starting at 429,500€, sold out in just 12 months, although building won’t be finished until June.

There’s a similar story at La Finca de Marbella, a development of 35 three- and four-bedroom villas on private plots in Río Real. Construction only started in January, with prices starting just shy of a million euros, yet the first two phases have already sold and the third looks likely to follow suit. Building plots in good locations are also proving harder to find, especially at sensible prices.

But don’t just take my word for it. Last year, according to a report by CBRE, investment in property across Spain topped 10.2€ billion, the second highest figure ever recorded, after 2007. And things picked up as the year went on. Over a third of the total – 3.4€ billion – came flooding in during the last quarter, 50% more than was registered in the same period of 2013.

According to the General Council of Notaries, the number of residential properties sold in 2014 was 19% higher than the year before. Over 364,600 apartments and houses changed hands, while average prices stabilised for the first time since the crisis began, increasing 0.1%. The other positive news is that credit is flowing again, as the 136,700 properties purchased with a mortgage represented a 42% jump over 2013.

On the Costa del Sol, we are rapidly reaching normal market conditions, where an balance exists between supply and demand and buyers and sellers. This marks the end of an era for those looking for a bargain. Beachfront developments, for example, have very few true front-line units (i.e. with uninterrupted sea views). At one time, there were several for sale in the same building, now buyers must pay a premium if they can find one at all.

As a result, amateur investors have mostly missed the boat; they should have bought when everyone else was too afraid. The savvy money continues to buy older stock and either knock it down to rebuild what people want (modern units), or fix up tired but well-located properties, adding value and earning a return in the process.

There is also a lack of new-build property coming to market, because investors and developers are hard pressed to find land with planning permission that makes economic sense to build on (in Marbella, especially). And, as stock is sold, the rental market is becoming tighter. There is a real shortage of apartments and villas for rent at the upper end of the market, forcing prices to rise, especially in the most in-demand areas.

Now that Greece has (for now) decided to stay in Europe after all, unless some other disaster befalls us, there’s every reason to believe 2015 will be the year that things change. But, if you don’t believe me – after all, I am an estate agent – just take a look at the market and see for yourself.