A number of two and three star hotels have reacted angrily to the government’s plan to offer around one million pensioners discounted deals at four star resorts this coming winter.

The hotel owners claim that with a depleted winter footfall they will have no option but to close up.

The Imserso scheme has been in operation for 25 years but the government’s latest plan will see higher-rated hotels given preferential treatment.

With the final list of hotels involved in the scheme announced on March 17, the two and three-starred hoteliers have little time left to voice their complaints.

Last season 199,000 hotel places were filled by the Imserso scheme. 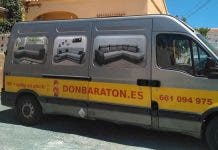