LITERARY giant Miguel de Cervantes’ tomb has been located 400 years after he breathed his last in 1616.

Forensic scientists believe they have found the Don Quixote author’s remains and those of his family in Madrid.

Madrid’s Convent of the Barefoot Trinitarians is the burial site of the much-loved author but due to construction work his bones were moved in the late 17th century and his coffin thought to be lost.

Only now have the team of 30 top researchers with infrared cameras and radar equipment pinpointed the coffin in a forgotten part of the new building where they had been replaced but not classified. 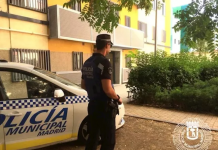