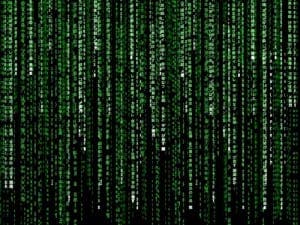 THE latest data on property sales in Spain shows signs of improvement, but what the numbers really reveal is there is no such thing as a Spanish market, just massive differences between municipalities.

Last September, a well-respected commentator on Spanish property worried he might risk a lynching if he talked about a possible market recovery. Six months on, I’m going to put my neck on the line – metaphorically speaking, before anyone below the line gets any ideas… – and say that on the Costa del Sol, and especially in-demand areas like Marbella, the recovery is already underway.

In 2014, according to the Ministry of Public Works and Transport, there were 20% more property transactions nationwide than the year before, based on figures from the notaries who register all sales. Increased sales and rising prices are not uniform nationwide, however, but vary significantly from region to region and city to city.

Every year, idealista.com publishes an annual prices report that reveals fascinating insights into the Spanish marketplace. At the end of 2014, for example, the average price of resale residential property was down 5% in comparison with the figure from just 12 months earlier. But, in Barcelona, prices rose 3.5% citywide last year, but, in Madrid, they fell by 7.3%.

The data drew on more than 310,000 sales in nearly 650 municipalities and found that the average sale price per square metre nationwide was 1,594€. In San Sebastian, however, you’d have to pay more than 3,750€/m2 for a square metre, while in Lleida, less than 400 kilometres away, the same space would cost less than a quarter of the price, at just 910€/m2.

In the province of Malaga, and even in towns on and close to the Costa del Sol, the differences can be almost as dramatic. In Marbella (including high-end villas on the beach and budget apartments in the backstreets), average prices rose 3.7% in 2014 to reach 2,307€/m2. Next door, in Mijas, prices fell by more than 5%, to 1,334€/m2. Meanwhile, just 60 kilometres away from the coast in Ronda, they dropped 14% to 972€/m2.

The most obvious reasons for imbalances in the marketplace between Marbella and elsewhere are due to the law of supply and demand, the number of properties sold to foreign buyers, and the percentage bought in cash, rather than with a mortgage. Marbella is a small market with a large potential client base, many of whom hail from overseas and rely less on financing, from Spanish or foreign banks, than average.

When you add to that the fact that, in the last six months, the euro has lost ground to most other currencies, premium locations in Spain now look like very good value compared to conventional safe havens like London. If you have funds in another currency and want to buy, doing so now, in euros, in places like Marbella or the best areas in Spain’s major cities makes sense, both from a security and a return-on-investment point of view.