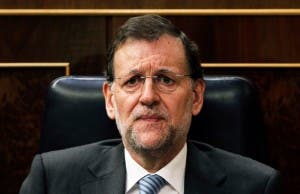 PRIME Minister Mariano Rajoy has admitted that corruption has ‘hurt’ the PP during his second term in office.

During an interview with radio station Onda Cero, the Spanish leader admitted that it has been hard to ‘shake off’ the image of corruption attributed to his party.

However he added that any decision to exclude election candidates involved in criminal investigations from running should be made on an individual basis.

“It depends on each person’s case,” he said. “We cannot put them on trial ahead of time.

“Every case is different, in each specific case it is necessary to make a concrete decision that is specific to that case alone.”

With regional, local and national elections all coming up, the PP and PSOE are trying to distance themselves from the corrupt image that up-and-coming parties such as Podemos and Ciudadanos have capitalised on.