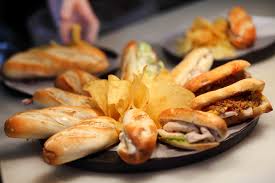 ONE of Spain’s best-loved fast-food chains has bitten off more than customers can chew with its American venture.

The US arm of sandwich specialist 100 Montaditos has filed for bankruptcy.

Specialising in bite-size snacks at bargain prices, the chain launched in Spain in 2000 before heading Stateside in 2011.

And despite an ‘initial buzz’, lawyer Leon Hirzell said business has been far from booming.

“It may appear to the public that these are thriving businesses but the majority are not viable,” he said.

The Florida franchise, owned by a company called Thinkgusto, called the U.S. expansion ‘an absolute fiasco’, complaining of a revolving door of managers in the States.