THE Dutch tourist who was declared missing in Algeciras on April 1 has informed her family that she is safe and on her way home to Amsterdam.

Family members have revealed that Joyce Van Iperen, 39, was robbed in Spain and was therefore uncontactable.

Her half-sister, Ruth Wever, who was leading the search from the Algarve in Portugal, told the Olive Press: “I have just received a call from my sister.

“She was robbed and assaulted and she was getting help. She went to the hospital and it took them a long time to get treated.

“She is alive, thank God, and on her way back home to Amsterdam.”

Dutch national Joyce Van Iperen, 39, and her friend Stephan Mulder had been on holiday in Spain since March 27 and were due to fly back to Holland on April 1.

They are believed to have had lunch with her ex-boyfriend in Algeciras on April 1 before being seen at the Hotel Aura in Algeciras at 2.30pm.

The alert was raised when they were both out of contact after that point. 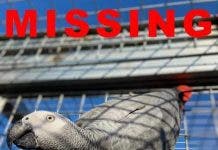 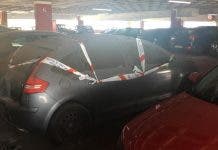