SOCIALIST leader Pedro Sanchez has apologised for accidentally voting for a proposal on abortion in parliament that his own party is against. 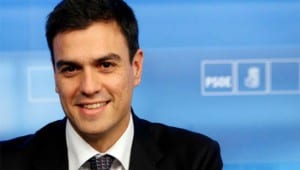 The leader of the opposition claimed he pressed the wrong button during the vote on whether to debate a law requiring minors to obtain parental permission before getting an abortion.

The proposal by the governing PP party passed with a majority.

“I am firm in my commitment to the freedom of women aged under under 18. I have always publicly defended it. I apologise for my error.”

Sanchez was ridiculed on social media site Twitter after he tweeted his apology, with many users likening him to cartoon character Homer Simpson and the episode in which he avoids nuclear meltdown by guessing which emergency button to press.