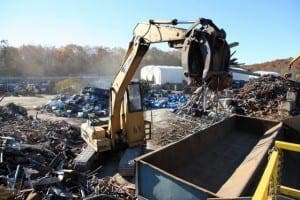 A BRITISH metal recycling company has been fined €52,000 after a Spanish worker had both hands severed while operating specialist machinery.

Ivan Menedez, 39, had both his hands severed at the writs while cutting metal strips on an industrial baler.

He was operated on at Southampton General Hospital in January 2014 before he returned to Spain.

The company, Metal Processing, had employed Menedez for seven months prior to the accident, but had never shown him the manual on how to operate the machinery.

West Hampshire Magistrates’ Court was told Mr Menendez’s hands were severed at the wrists when they got caught as a hydraulic-powered baler lid lowered and met the corner of the baler. The lid had a maximum shear force of 76 tonnes.

Surgeons successfully reattached both of Menendez’s hands, although doctors have told him that he will never regain full use of his hands.

The incident, along with a second incident involving lead contamination, was investigated by the Health and Safety Executive (HSE), which prosecuted Metal Processing for safety failings.