ALMOST one in four Spaniards invent fantasy versions of what they did on the weekend. 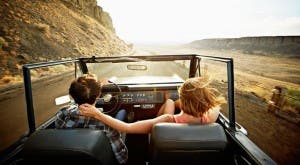 This is more than the Brits and French, but less than the naughty Germans, one in three of whom tell fibs.

However, more than 5% of Spanish people lie on social networks during the weekend – claiming to be hobnobbing with celebs, being an extra on TV or catching criminals are the most extravagant tales.

A lastminute.com study revealed that weekends have become a social battleground with friends and colleagues competing for the most impressive claims for fear of seeming boring.

With more than 1 million Spanish people admitting they publish false information on Facebook, 28% of those surveyed admit they don’t always believe what they see online either.

And the three top reasons why the Spanish tell porkies:

Books: 12 essential Spanish literary works that are NOT Don Quixote