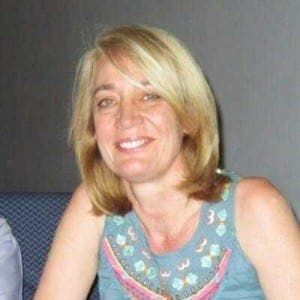 A NEW theatre, a new train station and a €15 million access project for Arroyo de la Miel… these are just three of the exciting projects planned for Benalmadena this year.

“There’s a lot on our plate,” explains mayor Paloma Garcia Galvez, who is keeping her fingers crossed for a successful re-election campaign in the local elections next month.

“We’re planning to remodel the Paseo Maritimo in Torrequebrada, reform Plaza Ole, and do a lot lot more,” she adds.

It’s certainly been an exciting couple of years since the Madrid mother-of-two was elected as mayor of the town, after a vote of no-confidence for the previous mayor.

Teetotal and committed to the town, Garcia moved to Benalmadena as a child in the 1970s from the capital when her father got a job at Torrequebrada casino.

Now, after a career in law, she has come back full circle to serve her town.

And it is fair to say that Benalmadena has evolved staggeringly fast over the last decade, from a quiet village to a bustling tourist hotspot.

Garcia really believes in the riches of Benalmadena, insisting it offers the best concentration of attractions and entertainment for families in southern Europe.

From considerably reducing the town hall’s debt to implementing a new NIE and DNI office, the latest plan she has brought in is to benefit dozens of struggling businesses.

On top of this, a separate employment strategy is set to help around 400 local families.
Above all she really values her expats, speaking good English herself having studied in the UK and also sending her two children to bilingual schools.

“Our expat population is incredibly important, 123 different nationalities make up over 30% of the population and this diversity makes us so much richer,” she says.

Garcia continues: “I would urge anyone who hasn’t signed onto the Padron to do so as it has so many benefits. And for non-residents – just come and see our marvellous town as we’ll welcome you with open arms.”

Christmas bonus for every Benidorm resident on Spain’s Costa Blanca