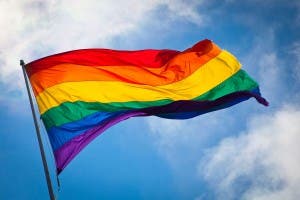 THE tills are ringing in Torremolinos, and it’s no longer limited to a ‘pink pound’ bonanza.

Like the rainbow flags fluttering proudly over many of the resort’s bars and beaches, the one-time gay British Mecca has morphed into a global LGBT destination, with visitors cashing in currencies of every hue to take advantage of great euro exchange rates.

With gay attractions far more low-key in neighbouring Malaga and Marbella, the think pink philosophy in Torremolinos has created a rosy future for expat traders and, in recent times, it’s gone way beyond sterling and euros.

The groundswell of Brits and ‘Eurogays’ flocking to the holiday destination that refuses to stand still have been joined by trans-Atlantic tourists.

Virtually unknown to gay Americans five years ago, the longevity of the resort’s gay scene is attracting more international LGBT visitors, much of that thanks to a deliberate move to push gay business ventures in Torremolinos. And that’s why Londoner Charles Clothier opened Bar Arcos last year.

“It is very busy here, there’s a mass of nationalities coming from all over the world,” he says.

“Torremolinos has a reputation like Mykonos or Ibiza, but in reality you get so much more for your money here.

“The gay scene is ingrained into the community. My bar is right next to a Spanish bar, we try and work together and help each other out.”

He added: “The gay community is very open. I don’t want to call my bar a ‘gay bar’ and exclude anyone. I want everybody to be able to come in and enjoy themselves.

“That might not work everywhere, but that is why I love it here.”

The resort’s gay status was pioneered by Toni’s bar, established in 1962 during Franco’s regime and still open today.

Not that the dictator approved of same-sex relationships. At that time, gays elsewhere in Spain were being imprisoned, and even executed.

But, in Andalucia, the economic benefits outweighed Franco’s personal animosity towards this sector of society and he was forced to turn a blind-eye.

It was another first for the pioneer of package tours in Spain, and Torremolinos soon became known as the home of the ‘pink peseta’.

Today the resort proudly flaunts its officially-designated gay beaches. The one in front of the popular El Gato Lounge is a clear favourite, identifiable by its large rainbow flag and groin-to-groin line-up of mainly male sun worshippers.

Off the beach, the gay social scene centres on the La Nogalera complex in the heart of the town, where gay bars sit cheek by jowl with family restaurants and hetero haunts, a symbol of the town’s liberal attitude.

Given the ‘macho’ reputation of Spanish culture, many first-time LGBT visitors are surprised at the warm welcome from locals.

And why not? Tradesfolk have these tourists to thank for their livelihoods.
Beyond the packed nightclubs and visible renovations, the town has been working hard to draw international business people into its gay scene.

In 2010, Torremolinos debuted its now annual Expo Gay, which brought more than 15,000 visitors and 180 exhibitors to the town over three days.

This year’s outrageous four-day extravaganza, held at the end of July, is set to be even bigger and better, as it marks a decade since civil partnerships were legalised in Spain.
The gay capital of the coast is determined to hold on to its title and keep reinventing itself.

Torremolinos has gone beyond pink. Today its violet, indigo, blue, green, yellow, orange and red – all seven colours of the LGBT rainbow.

MUST READ: British gang arrested on Spain’s Ibiza in country’s biggest-ever ‘pink cocaine’ swoop with over €500,000 in cash seized