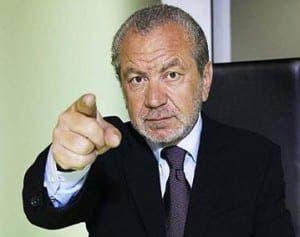 LORD Alan Sugar is looking to downsize to a penthouse after spinning a tasty profit on his luxury Marbella villa.

The Apprentice star – who is now worth more than £1 billion, according to the Sunday Times rich list – is set to double his money, 16 years after buying the 1,604m2 beachside plot for around €5 million.

A bid of €11 million has been accepted on the amazing six-bedroom home, it can be revealed, with the deal ‘being completed in the next few weeks’.

It means the the east-end entrepreneur will bag a tidy profit of around €5 million.

Marketed through agency Luxury Villa Sales – which set up a unique website for the property – Sugar spent €1 million on the construction of the home in 2000.

A source close to the deal confirmed: “The deal is going well, it is now just a matter of completing the paperwork.

“Alan will most likely downsize to a penthouse, maybe in Spain, maybe in Florida.”

While the buyer so far remains a mystery, he is understood to be German, having bought through a tie up deal with company Engel & Volkers.

The three-story villa, which went on the market earlier this year valued at €12 million, includes a 200m2 underground car park, pool and gymnasium.

There is also access to the beach and one of Marbella’s top tennis clubs.