SPAIN’S richest man Amancio Ortega is set to spin a tidy €25 million profit as he begins to cash in on his vast international property portfolio. 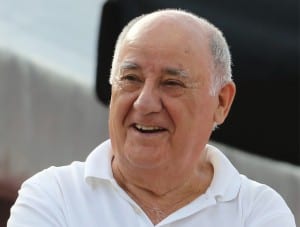 Ortega – the founder of retail company Inditex, parent company of Zara – is set for a €300 million cash injection as he lines up a sale for The Q commercial building in Berlin’s luxury Friedrichstrasse shopping street.

The retail magnate will bag €25 million from the sale of the German building after buying the property for €275 million in 2007.

But don’t expect Ortega to stop in his international property quest. He is reportedly lining up a bid in excess of €500 million for the Primark building on London’s Oxford Street.

Friedrichstrasse, all but destroyed during World War II, was rebuilt into an upscale shopping street after the Berlin Wall fell in 1989.