RELEASED off the coast of northern Spain, in August 2007 a bluefin tuna set off on a journey that could prove to be as groundbreaking as Christopher Columbus’ voyage to the New World. 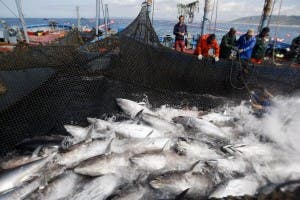 After seven and a half years travelling, the tuna has just been picked up at a marine farm in Malta.

Scientists are now studying that date from the first four years of its journey, with the main bulk of findings to be released shortly.

Preliminary analysis by research group AZTI however, has confirmed the existence of two different stocks (families) of Atlantic bluefin tuna: one which reproduces in the Mediterranean and the other which does so in the Gulf of Mexico.

“This is one of the most important discoveries made in recent marine history,” said a spokesman.