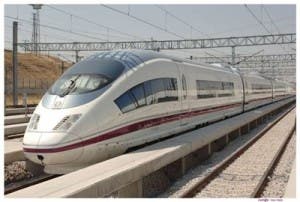 SPAIN’S service sector is growing at its fastest rate in eight years.

The Markit Purchasing Managers’ Index (PMI) of the country’s service companies grew by 4 points in April, up to 60.3.

The highest in Spain since November 2006, this represents 18 straight months of growth.

“April was a very encouraging month for Spanish service providers as growth of a number of key variables including activity and employment quickened,” Andrew Harker, economist at Markit, said.

“However, the highlight from the latest PMI survey was the strongest rise in new business since June 2000, boding well for further growth of activity in coming months.”

WHERE TO EAT IN ANDALUCIA: A taste of Cordoba’s tastiest treats