AS Spain looks to be exiting the brutal economic downturn, Banco de Espana has confidently declared an end to the property crisis, triggered by the property bubble bursting six years ago. 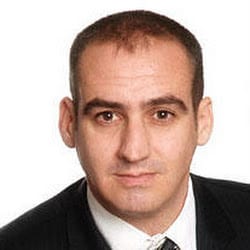 However, hundreds of courtroom battles still loom… Boom-time property developers that went bust – taking with them tens of millions in deposits – are being held to account, along with their bankers, who should have legally guaranteed the deposits.

A prime example is Aifos, the property developer that went from being a major business with offices in London, Munich and Dublin to the biggest insolvency case in Andalucía, with debts of €901 million and fraud and corruption on a massive scale.

Among the masses of creditors affected are the off-plan property buyers, a group that should never have been dragged through the Courts, had Aifos’ bosses applied essential laws to safeguard consumers.

Or, for example, La Reserva de Marbella, owned by a local family and a company that observed the 1968 Act devised to protect off-plan buyer deposits. When buyers complained about delayed completions, however, La Reserva de Marbella refused to return advance payments, arguing that properties were effectively finished.

On the other side of the spectrum there is Larsol, whose insurer, Zurich, duly returned deposits when the suspension of works was confirmed.

Between the two extremes there are a constellation of legal and judicial cases dealing with insufficient bank guarantees and the validity of individual versus generic bank guarantees – or failure to channel payments through a ‘special account’ – all of which mean the difference between getting paid back by the bank or losing deposits.

Such cases are further compounded by the wildly divergent decisions of Appeal Court Magistrates, within the same city (Alicante for instance), in identical cases.

Several Supreme Court rulings up to January 2015, have removed most of the objections put forward by banks and insurers to shirk their legal duties. Unfortunately for many, ‘claim preclusion’ will permanently deny reconsideration of a final adverse judgment, even if case law changes.

Faced with such gargantuan legal uncertainty, the time is ripe for a massive revamp to the critical law protecting one of Spain’s main sources of wealth – foreign property investment.