CROWNED the most illegal car in Spain, a Volkswagen Golf in Madrid has stacked up 266 fines worth a whopping €30,000 in just five years. 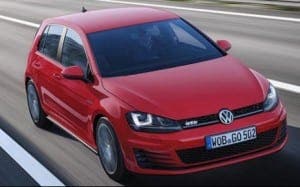 With traffic fines hiked up 80% throughout the crisis, the driver could protest that it’s easier than ever to fall foul of traffic laws.

The driver could form an outlaw gang with a Citroen Xantia which has picked up 210 fines and a Mercedes-Benz Clase E with 186 since 2010.

With repeat offenders so common – 1.2 million drivers penalised more than five times in the last five years according to a Fundacion Linea Directa study – are traffic sanctions really working?

Hectic city life is clearly bad for drivers, as eight out of the 10 most ‘fined’ cars in Spain are registered at Madrid town hall.

And the top 10 share an incredible 1,716 penalties between them.

Speed is the issue – 50% of fines in Spain are for speeding, with illegal parking accounting for almost 40%.11