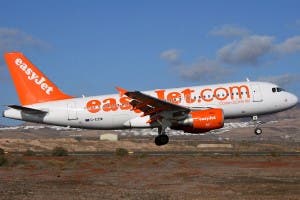 BUDGET airlines are booming as thousands of sun-seeking holidaymakers board the plane to Spain.

Many are British holidaymakers cashing in on the strong pound in their pockets to grab some cut-price sun.

That is an 11% increase on the same period last year, and budget flights now account for 48% of all arrivals into Spain.

And with the pound standing strong, UK visitors are especially keen to reap the benefits. They account for the largest proportion of the budget airline bonanza.

Ryanair, Easyjet and Vueling make up 71% of all budget airline voyages to Spain.

British airline Easyjet recently announced that it would be slashing the price of 7,000 tickets to Spain to under €40 over the summer.

While more traditional airlines also saw an increase in demand, with 1.1% more passengers onboard during the first four months of the year.