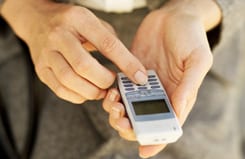 THE days of wracking up shock mobile phone bills while on holiday could soon be a thing of the past.

Hidden roaming costs and internet charges running into thousands of pounds and euros have left countless holidaymakers in financial ruin.

But now, five major networks – Vodafone, EE, Three, Virgin and O2 – have signed up to a new code of practice to protect customers.

The new regulations will see the networks cap phone bills when they go uncharacteristically high.

In December, the Olive Press reported on 21-year-old Brit Corey Pye, who received a massive €24,000 bill from Vodafone after he lost his phone in Ibiza.

Despite initially being told he would have to foot the bill, Pye eventually ending up paying just €650 as the phone giant took pity on him and showed some much-needed Christmas spirit.