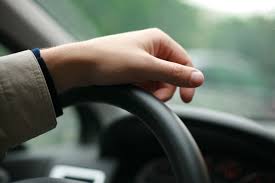 A DRIVER in Salamanca was a bit chewed off this morning after landing himself an €80 fine for biting his nails at the wheel.

The man was caught by the Guardia Civil at 10.30am in Carbajosa de la Sagrada, after he was flagged up by speed cameras in the Castilla y Leon.

Although the fine claims he was ‘driving without maintaining proper freedom of movement’, he will not lose any points from his licence and can pay half the amount if he settles it within 20 days.

It is not known whether the man will attempt to revoke the fine.