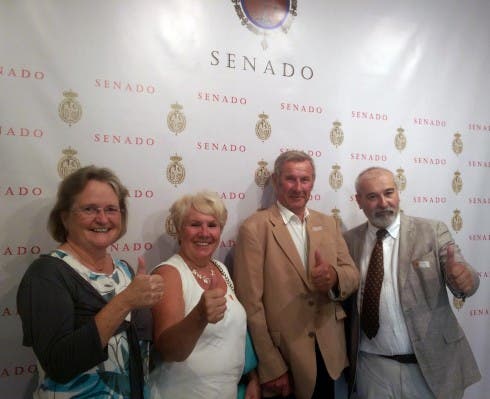 NEW regulations will protect thousands of expats from unexpected and unwarranted home demolitions.

The ground-breaking and unanimous Spanish Senate approval of this legislation means demolition orders cannot go ahead without compensation being paid.

And, crucially, will bring an end to ‘planning irregularities’ caused by administrative errors leading to demolitions.

But whether iconic British victims Helen and Len Prior, who saw their dream Almeria home destroyed seven years ago, will benefit from the changes is unlikely.

The British couple, both 71, were the first expats to see their €350,000 home demolished for ‘planning irregularities’ and have campaigned for the last seven and a half years for compensation – so far unsuccessfully.

They were, however, present at the senate on Wednesday with Maura Hillen to celebrate the victory.

Hillen said the good news would take effect not only for those living in homes built by rogue builders, but would protect those who bought in good faith to later see their licence revoked.

Alex Trelinski - 5 Oct, 2022 @ 11:39
A mother who allegedly allowed her 10-year-old daughter to be sexually abused by her boyfriend has been arrested by the Policia Nacional in Valencia. The...