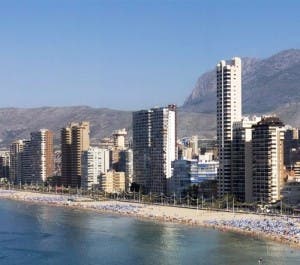 INVESTMENT in Spain’s hotel sector is going through the roof.

The nation’s hotels are attracting ‘unprecedented’ levels of interest from buyers at home and overseas, according to financial advisor CBRE.

Middle Eastern, Asian and US backers have already been splashing the cash and the total investment is set to reach record levels.

The current record-holding year was 2006 when €1.6 billion was invested in Spain’s hotels.

Although official figures for 2015 are not yet available, a CBRE spokesman said ‘the industry is on course for its best ever year’.

A boost in the country’s economy as well as reinvigorated interest in Spain’s tourist hotspots has been attributed to the boom.