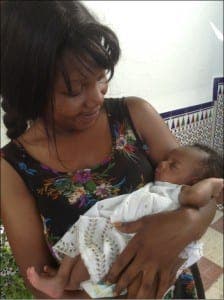 THE DNA tests may have been a formality for Stacie Cottle’s unusual situation, granted.

And yes, it may have been a necessary – if awful – protocol to place the baby under the care of social services until the results came back.

However, the question on Stacie’s lips is one worth asking; would the same thing have happened if a Spanish person had walked through that hospital door with a healthy newborn?

We can only speculate, but clearly bureaucracy – and appalling medical errors – have gotten in the way of humanity in this extraordinary episode.

The parents of Ashya King, who were jailed for trying to do their best for their ill son, ironically in the very same Axarquia region, would certainly be able to relate to Stacie.

Junta staff barely recognised her existence when she picked up the results from the court which proved she had always been in the right.

But the hundreds of thousands of expats in Spain will take notice Stacie.

Just look at how this newspaper received calls and emails from groups of them desperate to offer help in any way they could as soon as our story initially went online.

Forest fire breaks out near Marbella