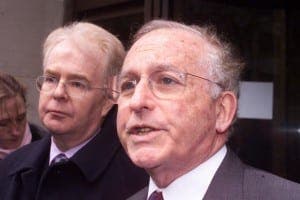 Freeman of Gibraltar Lord Janner, 87, was summoned to court in Westminster for 22 child sex abuse charges spanning 20 years from the 1960s.

The case which has seen police investigations and four court hearings will be sent to the Crown Court and the legal team  are pushing to reduce the pensioner’s distress.

In 2012 Lord Janner was awarded the rock’s highest civic recognition – the Freedom of the City of Gibraltar award – for being a ‘friend and defender’ of the Rock.

The government of Gibraltar has said it may revoke Lord Janner’s title if he is found guilty.

Lord Janner’s family maintain that he is innocent.