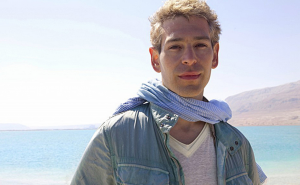 A PRO-Palestine group called it a ‘victory’ and an Israeli newspaper called it ‘anti-Semitic discrimination’ when Jewish rapper Matisyahu was banned from a music festival.

We call it ridiculous.

While Judaism has had a profound impact on his life and music, he insists that his songs focus on peace and unity between all people.

While the Israel-Palestine conflict is a huge political hot potato, it is not relevant to his music.

Matisyahu should be allowed to honour his Jewish identity as well as the peaceful nature of his music.

Squeezed between a rock and a hard place, it was unfair to make him pick between the two.