Pedro J. Ramirez, who blames the government for his dismissal on the corruption allegations El Mundo printed against PM Rajoy, already has 72 highly trained investigative journalists and over 9,000 subscribers weeks before the launch,

Ramirez has spoken out about his intention to use the site as the opposing voice against the ‘concentration of political power,’ which he believes should be the role of the press.

The Madrid Bureau Chief for the Financial Times Tobias Buck commented that Ramirez’s site could have the power to rock the government with corruption scandals in this sensitive election period. 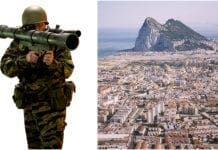 THERE’LL BE KILLINGS: Cadiz drug trafficker warns of BAZOOKAS and bodies on the streets if crackdown on smuggling across Strait of Gibraltar continues

James Warren - 24 Sep, 2020 @ 17:45
AN inquest into the deaths of two young British men on holiday in Spain has revealed some more tragic details of the...