AFTER the international success of Gibraltar’s darts and chess tournaments, the Rock is turning its attention to the ancient board game of backgammon. 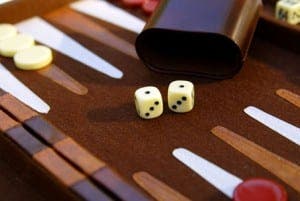 Gibraltar is launching its first ever international backgammon tournament, set to take place in February 2016 at the Caleta Hotel.

It comes after Gibraltar was accepted into the European Backgammon Association as the 24th member nation, a group Spain is not yet part of.

Sports minister Steven Linares told the Olive Press: “Our policy of events-led tourism is really working, and we are confident the backgammon tournament will become another part of Gibraltar’s growing calendar of events.”

“We will use the same format as the chess and darts, given how successful they have been, and make sure there is a good level of involvement from locals as well as the international players.”

It is predicted as many as 200 people will arrive on the Rock for the four days, as players often bring families too.

All players will be treated to a Rock tour as part of the trip, to help promote Gibraltar and put it on the map as a tourism destination.

The president of the European Bachgammon Association has taken up the role as tournament organiser, in another coup for Gibraltar.

Caleta Hotel manager, Franco Ostuni, added: “We will hold a local tournament in the run-up to the main one, with the four winners given free entry into the international tournament.

“This is extremely important as we want the locals to feel involved and excited.”

“Backgammon is more sociable, relaxed and family-friendly game than chess at international level, and I’m sure it will be great fun for everyone,” he added.

The prize money is expected to total around £60,000, depending on registration numbers.

The event will take place from February 11-14th, with registration now open at www.gibraltarbackgammon.com. Registration costs £400.

For an in-depth look at Gibraltar’s incredibly successful sporting events, pick up the first issue of the Olive Press Gibraltar on September 16.