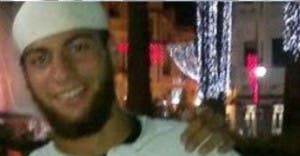 THE PARIS train terrorist suspect’s home has been raided by police in Algeciras.

Ayoub El-Khazzani’s parents and sister were taken away for questioning.

Police removed boxes of belongings from the flat on Federico Garcia Lorca Street.

The AK 47-wielding gunman was tackled by 62-year-old Brit Chris Norman, three Americans and a Frenchman when he opened fire in a carriage on August 21.