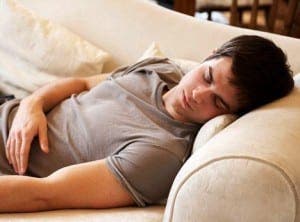 THERE are certain things that summertime always brings down here in Marbella. The superb weather, of course, plus an influx of TOWIE wannabes and the inevitable traffic chaos as the roads in August descend into a kind of maniacal motor version of Tetrus; especially on the roundabouts outside Puerto Banus where drivers try and slot their cars through the smallest gaps in traffic possible.

I know that we should all be grateful for the annual influx of tourists that helps the local economy but it doesn’t half test the patience at this time of year. I have to employ a variety of anti-stress techniques to make it to the end of summer. These include deep breathing exercises, meditation, positive thinking, a large G&T before 11, that kind of thing.

Summer is also high season for having guests pop by for a visit. It’s always great having visitors at the Casita and if they can handle the Indiana Jones and the Temple of Doom style track down to my place, plus the, ahem, ‘idiosyncrasies’ of a single male in his late forties, then they are more than welcome. Though an American friend took one look at the organised chaos that is my living space before turning to her children and saying “You see kids? This is what happens when a man lives alone…”

I don’t subscribe to Oscar Wilde’s quote that ‘fish and houseguests go off after three days’ and am more than happy to welcome visitors, although I have had to employ water canon on a few occasions to disperse those who have overstayed their welcome.

I even discovered one hardy soul squatting in the ruin adjoining the Casita after I (with the considerable help of the Yummy Mummy’s imposing West Country brother) had “strongly requested” he leave. Mind you, he had been a war cameraman in Afghanistan so I suspect he was happy enough staying there.

This summer, however, a good friend of mine has been staying with her teenage son, who I remember carrying down the King’s Road when he was only a few months old. There is no chance of me carrying him anywhere now, however, as he is pretty much the same size as me, and still growing.

Not being used to having teenagers at the Casita, it’s been a bit of a culture shock, especially for him when he found out that I have no WiFi, which ranks beneath somewhere to stay and running water with your average teen. This has meant that the majority of his stay has been spent eating, sleeping, eating, slumping on my sofa, eating and watching DVDs on his laptop. And did I mention the eating?

His one night out with a schoolmate was a high point. Dropping him for a few days with his friend in Sotogrande, I was a little surprised to get an emergency call 36 hours later. He had run out of money and could I please come and pick him up. I found him pale and tired at the entrance to the Polo having already had a long-distance bollocking from his father.

On the way back, he revealed that rather than the few furtive beers in Sotogrande Port that we imagined, he and his friend had been invited clubbing by a neighbour, where they had ended up in the VIP area of one of the most expensive clubs in Marbella, where the minimum spend is €1,000 per table, until 7am.

Responsible adult that I am, I didn’t know whether to warn him of the unsavoury characters that you meet in Banus at that time in the morning, or congratulate him on his style and ask if I could come with him next time!