SPAIN’S economy is the ‘leading light’ among eurozone nations. 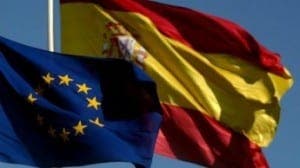 An 11th straight month of growth has led Prime Minister Mariano Rajoy to label Spain as the ‘Germany of southern Europe’.

And it’s not just the Spanish tooting their own horn… leading market experts around the continent are praising Spain’s recovery.

“It is Spain that remains the star performer among the largest eurozone countries,” said Chris Williamson, chief economist at Markit. “It really is Europe’s leading light’.