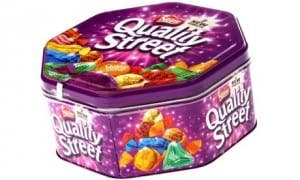 IT will go down as one of the sweetest crime breakthroughs in living memory.

Nearly two decades after the theft of a box of chocolates in Gibraltar, the culprit has been caught with his hand in the jar.

But, after chewing over the crime for 17 years, the Rock’s crack crime agency finally stuck it to him.

Now Spaniard Carlos Javier Aguilar-Ballester, 47, has been taken to court over the theft.

The La Linea resident pleaded guilty to the crime and has been sentenced to a six-month conditional discharge.

He was fingered after being arrested over a separate animal cruelty offence last month; allegedly drunk and swinging his dog by the hind legs.

Picked up after residents’ complaints, detectives quickly matched him to the older case, which was incredibly still on file.

“When we arrested him, we found he had the outstanding warrant for the chocolates,” a police spokesman told the Olive Press.

He is now set to appear in court later this year on a charge of animal cruelty.

The policeman added: “I think he will remember these chocolates for a long time. They certainly came back to haunt him.”

Tallulah Taylor - 25 Jan, 2022 @ 17:45
THE Gibraltar government was pushed to reveal details of the Rock’s procurement of Lateral Flow Tests (LFTs) after rumours circulated that it was profiting...