CUSTOMS officials were surprised to unearth two kilograms of dead seahorses from the suitcase of a tourist arriving in Spain. 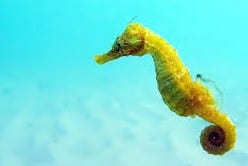 The handler – a Chinese holidaymaker – faces a huge fine after he smuggled two plastic bags full of the creatures ‘for personal consumption’.

Malaga airport officials found the dead seahorses stashed among the man’s clothes after he had travelled from Cali in Colombia via Amsterdam.

Airport staff raised the alert when he ‘showed signs of nerves’ and the tourist will face prosecution for flouting import/export laws.

While seahorses are a delicacy in some countries, it is a Chinese belief that dried seahorses cure libido problems.