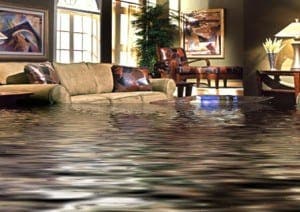 EXPATS are battling a water company after being billed for flooding damage two decades ago.

Despite not being their fault, they are being ordered to share a bill of €37,000 for the accidental flooding of three homes.

A judge has backed the decision to make the neighbours responsible for the flooding of three houses on the estate in 1997.

Anyone refusing to pay their share now, will be hit by a further 10% charge in the future.

The company has ordered payments by September 30, each based on the property’s size.

It means that those who have bigger homes, are having to pay up to €100 extra.

One couple, expats Jill and David Summerell, 62, have slammed their bill of €72, insisting it is entirely ‘unfair’, particularly as they didn’t live there 18 years ago.

American Jill, 60, told the Olive Press: “I did not own my house here then, so why do we have to pay?

“We received no information, just a bill on August 25 saying we had to pay by September 30. I had to go to the office to find out. It is just not right.

“Does that mean we have to keep paying these horrendous amounts if this happens again? Where do you draw the line?”

Affected homeowners are charged €0.006cm per square metre, with the Summerells property 12,000 square metres in size.

The Summerells already pay a maintenance charge of €50 per year to the company, on top of €200 for unlimited water.

Another expat victim being billed €18, told the Olive Press: “I never moved to Coin until mid 2001 so how can I possibly owe money for something which happened 18 years ago?

“I’ve paid all my taxes and charges, but this one takes the biscuit and I won’t be paying it.”

Carmen Perez, a spokesperson for the water company told the Olive Press the charges were unavoidable and that while it had flooding insurance now, it didn’t 18 years ago.

Spain’s Coin to get its own specialised dog park—with a surface area of almost 1,000 square metres