THE bodies of the two missing British women have reportedly been found.

The pair were reported missing after going for a swim in the early hours of this morning during a thunder storm.

A search mission was launched at 4am after the holidaymakers, aged 33 and 36, failed to return from the seas.

The editor of El Pais in English Simon Hunter confirmed the bodies had been found on Twitter at 12.45.

The pair were among five women who went for a swim at around 3am during a raging storm at the Lloret de Mar resort after a ‘boozy night out’.

Police said the British women ignored warnings to stay off beaches and the alarm was raised when they failed to return to the beach at around 4am.

A police spokesman said: “Conditions were bad throughout the day.

“The waves were so strong that the fire brigade could not use their launch when the alarm was raised after these women disappeared.”

The identify of the women is yet to be confirmed but police said both were holidaymakers from the UK. 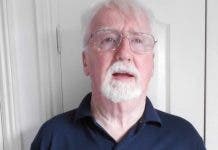 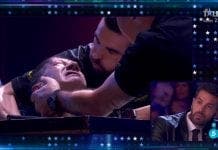 WATCH: Spain’s Got Talent star nearly dies as he fails to escape from straitjacket in locked underwater box

Laurence Dollimore (Digital Editor) - 3 Jul, 2020 @ 14:31
They landed by helicopter in the Parque Comarcal de Bomberos before travelling to the Belroy Hotel