A MOTHER and son had a miraculous escape after a ‘horrific’ car crash on the Tarifa to Algeciras road. 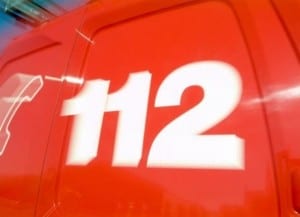 Firefighters spent six hours extricating them from the wreckage due to the car’s precarious position next to the N340 highway.

The pair, from Malaga, were rushed to an Algeciras hospital in a serious but stable condition.

“They are both lucky to be alive,” said a fire service spokesman, adding that it is believed the mother fell asleep at the wheel.